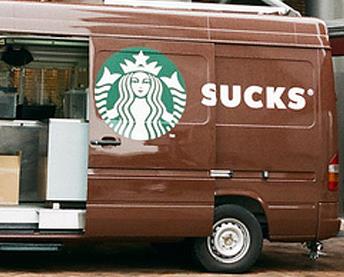 Corporate sponsorship can be a tricky game. Coors has sponsored the Puerto Rican Day Parade for seven years. To commemorate this year’s event, the company commissioned a special can design incorporating elements such as an apple (to represent New York City) with colors and patterns similar to the Puerto Rican flag. Some cultural leaders were offended to have an association between beer and the Puerto Rican culture and protested the Coors distribution center in NYC. And since this year’s theme is “Salud – Celebrating Your Health,” these critics are extra-annoyed at Coors and its commercialization of the Puerto Rican culture.

My opinion? The intent was to support the parade and publicize Coors’ association with this important cultural event, and there was no intent to put the Puerto Rican culture in a bad light. I think the protest shows the risk that advertising often takes. Sometimes, an attempt to connect to a target market can backfire.

At the same time, sometimes those advertising campaigns work – if by “work” you mean get a lot of attention. The Oreo “pride” image posted on Facebook in recognition of LGBT Pride Month garnered over 23,000 comments within the first 24 hours. Or how about the recent Cheerios commercial featuring a biracial family? While the feedback is split amongst supporters and haters of these two issues, there’s no denying that these products are on people’s minds.

The difference between Oreo or Cheerios and Coors, though, is that the former companies are being applauded/criticized for supporting an issue. Coors, on the other hand, is being accused of painting a cultural group in a bad light. Not the kind of publicity you want to receive, and not when you spend the kind of money you do on a sponsorship for an event of that size.

Cultural events like the Puerto Rican Day Parade don’t happen on their own. They rely on corporate sponsors to put on a big enough show to draw crowds and awareness. Now companies might shy away from corporate sponsorship of these events, making it hard for event organizers to raise the necessary funding for the event, as well as for police protection, insurance, emergency medical response teams, and the other costs associated with holding large crowds. It is disappointing that attempts at celebrating different cultures and lifestyles are thwarted by haters or blown out of proportion. Still, companies should think long and hard about their advertisements and how the public might perceive them. Just take a lesson from Starbucks: