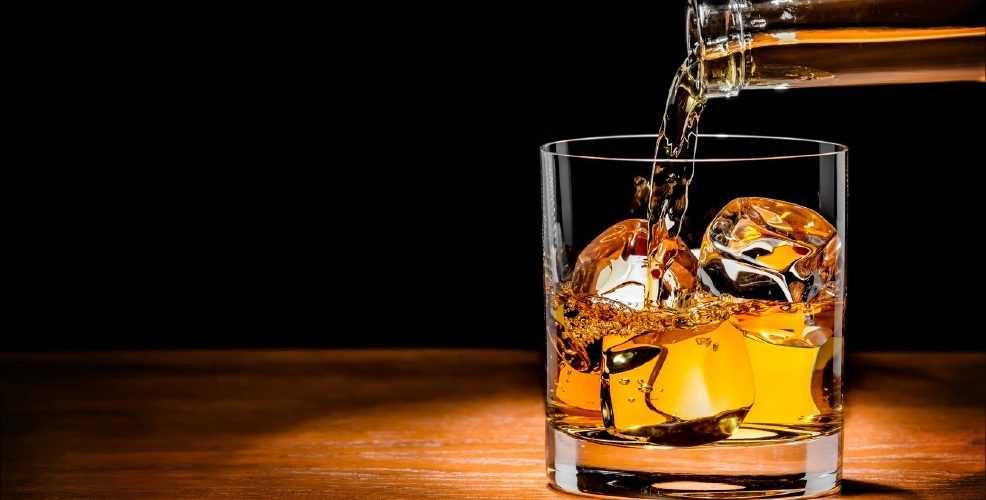 The US Trademark Registration describes the claimed mark as follows:

The mark, as shown in the accompanying drawing, consists of a three-dimensional shape of a drinking glass in the form of a surface of revolution, the glass having a substantially frusto-conical base with a rounded bottom edge, the diameter of the base being larger than the diameter of the top thereof, and a hollow cup having a bulbous, outwardly convex, lower cup portion that is smoothly continuous with the base and having an upper cup portion that gradually approaches a nearly vertical cylindrical shape adjacent a circular top opening. The entire glass is colorless and transparent. The surface shading in the drawing is present to depict the shape and transparency of the glass. The broken lines in the drawing illustrate a depression in the interior of the lower cup portion and the rear part of the bottom of the base. The surface shading and broken lines are not part of the mark. While there is a visual similarity between the two glassware products (click the link below to the product page on their website to see an image), Plamazonx may be able to defend against the claim, and even seek cancellation of the cited mark, based on functional benefits of the glass claimed by both companies:

The Glencairn Whisky Glass is a revolutionary whiskey glass that really lets one savor the taste and complexity of fine whiskey. These are great to use for any of your Single Malt Whisky’s, Irish Whiskey’s, and also your single barrel bourbons. With the tapered mouth, you are able to really smell all of the nuances the whiskey has to offer. Any malt advocate will love this glass!

History Of The Glass:
Champagne, Brandy, Wine… each has its own glass. Yet whiskey, the worlds most complex spirit can be found served in anything from highball tumblers to Paris goblets. In 2001 Glencairn Crystal solved the problem of identifying the ideal glass for whiskey. Designed by Raymond Davidson nearly 25 years earlier, its development involved pulling together the master blenders from the five largest whiskey companies and asking them to perfect his initial design.

Wide Bowl: Optimal for swirling your whiskey which allows you to visually assess and appreciate the magnificent natural colors present in your whiskeys. Swirling also helps aerate the delicious bouquet of aromas in advance of the next phase of the appreciation experience–the nosing. Maybe best of all, a wide bowl is fabulous for guarding against the loss of any precious liquid caused by the inevitable spills after having consumed a skosh more than wisdom would advise.

Tapper Mouth Opening: The tulip shape of this glass concentrates the sensual aromatic notes of your favorite whiskey whether that be a Bourbon, Canadian, Irish, Rye, Scotch, Tennessee…to the narrow opening giving the greatest pleasure and appreciation from your nosing.

These statements claim that the aesthetic features of the glass actually confer functional benefits such as conveying the color, aroma, and taste of the whiskey. Functional features cannot as a matter of law be protected by trademark. https://tmep.uspto.gov/RDMS/TMEP/current#/current/TMEP-1200d1e930.html

Functional features are the subject matter of patents. The Parties will likely be arguing over whether the claimed features are primarily aesthetic or functional, but Del Ray’s own advertising works against it in this argument. Trademarks (including trade dress) serve a source identifying function and allow customers to distinguish one company’s product from another.

This case will be an interesting one to watch. There are two take-aways here. The first is how powerful trade dress protection can be if you have an iconic brand-identifying product design. The second is that marketing and website teams should consult with the company’s legal team to ensure that protection is not unintentionally compromised.